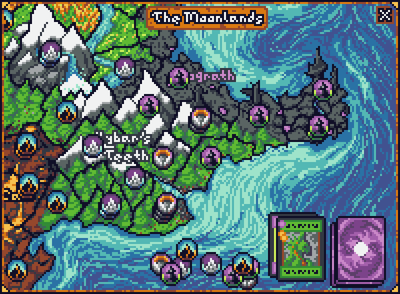 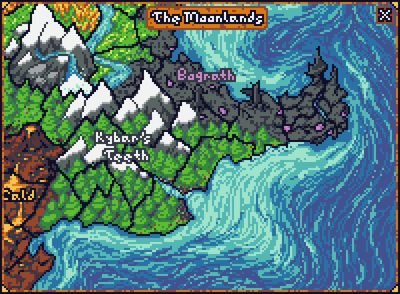 A mock-up of a board game for a Pixel Joint weekly contest. Based on the Magi-Nation world.

As the theme of Magi Nation involves blending creatures with their terrain types and everything revolves around terrain (Jungle (Paradwynn), Swamp (Bograth), Grasslands (Weave), etc) I figured the back story could involve the Core (middle of the earth evil faction) setting off a conflict where each group attempted to expand their terrain into other areas creating a tactical board game scenario with creatures in piece or card form. Each faction's tokens on territories could represent the strength of their influence on the area.

Shown on the map are regions and/or faction tokens for Cald (Volcanic), Bograth (Swamp), Kybar's Teeth (Mountain range and forests), Underneath (Mushroom and cavern).